In the midst of the space race in the 1960’s, president Kennedy was given a tour of the NASA facilities. Along the... Read more

Intuit Is First Marketer to Have Its Tweets Streamed Across AdSense Network as Google Syndicates Twitter Tweets.Google,... Read more

It's no surprise that certain names keep blogging up all the time on the BRANDEMiX BRANDEblog. These are the ones that... Read more 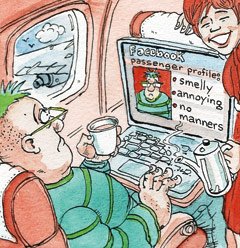 Thanks to Friend of BRANDEMiX Bruce of The Dorskind Group for this one:Nov 6th 2008:The Economist print edition.... Read more

Obviously P&G didn't read my blog post from 12/3/07 from or they would know that the tagline is dead. In... Read more

Last week, LinkedIn and the NY Times announced a new partnership that is supposed to add value to both sites and their... Read more