From 1999 through 2013, Coca-Cola has occupied the #1 spot on Interbrand‘s list of Best Global Brands. So it’s fitting that I think of them fondly around the holidays. In fact,  Coke is credited with shaping our very image of Santa himself. After all, the big guy has appeared in Coca-Cola advertising since the 1920s. So what are they doing for the holidays this year? A look at their blog reveals some pretty fun stuff, including 12 animated gifs (one a day from now until Christmas and the creation of a special Spotify holiday playlist.

Google (#2 on Interbrand’s list) is also sharing some great fun on SantaTracker.com. Once you agree to their service terms and answer a few questions via instant message, you’ll be able to create and send custom messages from Santa himself. There’s also an entire interactive village, complete with free games and apps — one of which is just so incredible: By downloading the “Google Santa Tracker” app before Christmas Eve, you’ll be able to actually track Santa’s trek around the globe in 3-D. 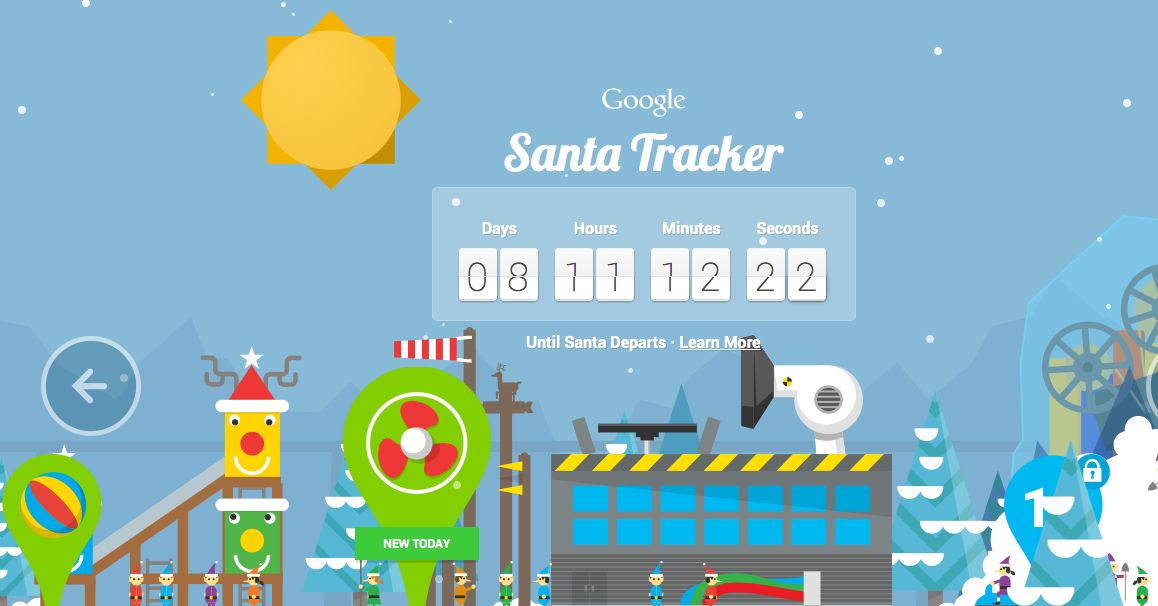