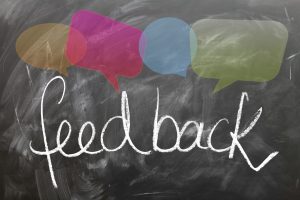 The best insights come from unfiltered, unprompted discussion. Don’t believe me? When was the last time you read a product review on Amazon?

Recently, a Reddit user asked fellow users on the platform, “What social custom needs to be retired?”

Surprisingly (or maybe not so surprisingly, considering we spend roughly ⅓ of our life there) many of the top answers pertained to work and jobs.

The cover letter has long been a make-or-break component to the application process, yet many candidates see it as an unnecessary burden.

“THE COVER LETTER. I DO NOT WANT TO SPEND 2 HOURS MAKING YOUR HR FEEL SPECIAL JUST TAKE MY RESUME AND GIVE ME AN INTERVIEW OR NOT”

“I had to write a cover letter for a retail position yesterday. Like floor salesperson folding clothes retail. Absolutely idiotic”

Should you be asking for cover letters? Is there a better way to do it?

Sure there is. The key here is to move away from the standard “resume and cover letter” procedure, and ask candidates what you really want to know. This makes the expectations clear, and doesn’t leave the candidate guessing at what they need to include, or worrying about length. Isn’t it more fun to ask “What’s your superpower?” or “How would you describe yourself in an acrostic poem?” than “Please submit your cover letter here?”

“Who… just decided that it was socially acceptable to just ignore….people if they went in for a job interview and didn’t get the job? I’m not gonna be offended if I didn’t get accepted. At least send me some automated email or message telling me I didn’t get it so I can stop waiting and move on with my life.”

If you went out on a few dates with someone, and everything seemed okay, then they suddenly stopped responding to your texts and calls, you’d probably tell your friends “Oh, so-and-so is a real jerk.”

But if they told you, frankly, “I think you’re great, but I don’t really see a future for us as a romantic couple,” you’d be far more likely to tell your friends, “Oh, so-and-so is a great person, but it just didn’t work out.”

What’s the solution? Prioritize transparency. If you’re unable to personally respond with feedback from each candidate, you can simply set a deadline- “we’re expecting to make our final decision by August 31st.” This way, if August 31st comes and goes, at least they don’t feel like they’ve been left hanging.

Transparency is becoming mandatory. If companies aren’t transparent early on about what they’re offering, someone else will do it for you on GlassDoor or Facebook or reddit. Own your process, or it’s going to get away from you.

“‘It’s rude to ask about salary before you get a job offer’
I just want to know if it’s worth wasting a month of my life interviewing for a job that pays less than my current salary.”

As the user points out, managing expectations on both sides is a huge time-saver for everyone involved. Imagine that you find the perfect candidate for a role. They nail the interview process, and everyone’s excited about on-boarding. Only to find out in their offer letter that you’re offering 15k under their current salary. Best-case scenario, you’re stuck with a resentful employee. Worst-case, you’re back to the start – only to risk the same issue with your second-choice.

An open dialogue should be welcomed, not discouraged. It sets the foundation for the rest of the employee-employer relationship.

You Google the best Dim Sum in the area, the best route to work, even yourself. Why wouldn’t you Google your potential new employee? Well, because they don’t like it.
Companies have been taking full advantage of scoping out a candidate’s digital presence: According to a recent Careerbuilder study, 70 percent of employers use social media to screen candidates, up from 11 percent in 2006.
And it doesn’t stop there. 57 percent [of employers] are less likely to interview a candidate they can’t find online, while 54 percent have decided not to hire a candidate based on their social media profile.
It might be commonplace, but is it right for employers to expect that of a candidate? And conversely, should a lack of digital presence arouse suspicion?

Totally natural, unprompted insights are a treasure trove of unfiltered information and responding to these raw, unsolicited opinions is a brave opportunity to build a brand around feedback, responsiveness and agility, and invoke real change. So how brave are you and how much do you care?