One of the key components of successful branding is the art of building trusted relationships with your audience, yet it becomes harder and harder to do. Storytellers are Spin Masters. Celebrities are Paid Endorsers. And Politicians are Pivoters as this recent article in the Washington Post so clearly points out. Every product review is suspect, and even Science is suspicious as eggs became good, milk became bad and the benefits of flossing are unsubstantiated. As brands seek to foster trust, the smart phone puts information at our fingertips, making it easier than ever to validate data and reward skepticism.

It’s no wonder that according to a recent Roper study, 60% of Americans listed word-of-mouth as their best source of information. That is because we trust the people we trust to help us navigate this maze of messages, misinformation and multitudes of choices we have each day as a voter, consumer, patient or job candidate. Sometime next week I will be speaking more on this topic in a video interview with Todd Raphael of ERE Media but today I will look at 3 key ways you can build trusted relationships and influence others through their willingness to be influenced by you. 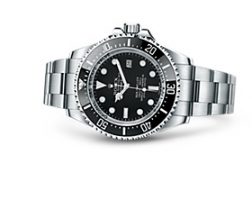 Earlier this year Rolex became the world’s most reputable company, according to the annual survey launched by Reputation Institute. From the Forbes article “The area where Rolex scored highest among respondents (a score of 82.2) was in products and services, proving that the general population has high regard for the company’s wares and its willingness to stand behind its product.”

Reliable, faithful, loyal. The traits associated most often with Labradors can be applied to luxury brands as well. The ability to walk the walk, and talk the talk is an essential pillar in building trust.Further, the ability to consistently deliver in the same consistent manner anywhere in the world creates stronger affinity with a product or service. We put our trust in Fedex to deliver, and their ability to do so has made them one of the most valuable brands in the world.

As a consumer and brand strategist, this is the attribute I hold dearest, for just like in personal relationships, higher levels of trust are built on mutuality, compassion and sincerity. Care about your employees and their families, care about your customers and vendor/partners and care about the world at large.

The karmic payback is evidenced by the success of big brands known for great service such as Toms, American Express, Nordstrom and Chubb Insurance (now Ace.) A random caller from GoDaddy told me he had analyzed my account and could make recommendations to save me money. My Delta customer service person sounded truly sad when I told her about my lost luggage.  They connected with me.

Even former Vice President Al Gore became much more significant to me when he changed his focused from politics to environmentalist and released his book and widely acclaimed Academy Award winning documentary film “An Inconvenient Truth.” He represented someone with vision, leadership and ideas I could get behind. I thought Al and I could change the world.

That is, until I checked the facts.