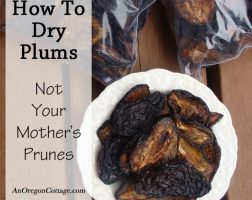 Sometimes re-branding is about a name change. In 2002,  the fruit-growers board persuaded the FDA to change the name prunes to “dried plums.” It’s the same treat but now it has more cachet, and costs a bit more. Changing the name brought about a change in public perception and market acceptance, particularly by a younger demographic. And that is a plum example (pardon the pun) of a successful rebranding initiative.

Another example is the brand Logitech, best known as a manufacturer of computer mice. Mice are less prevalent in the age of tap and swipe, and they didn’t want to be associated with an antiquated product. The firm, founded in 1981, was also a leader in other product categories, like speakers for smartphones. These are some of the inspirations for the change when they became simply Logi last year.  Logi sounds trendier, like a true lifestyle brand. Furthermore, the word tech was no longer deemed necessary since “Tech is everywhere… as prevalent as clothes” according to one of their branding executives.

Rebranding can also be about market/sales demographics and whose brand loyalty you really want to earn. Take Burberry for example.  Many of their early customers could come right out of the movie/play Driving Miss Daisy. Nearly dismissed as frumpy and over-extended, the brand went through an overhaul.

Burberry’s iconic trench coats and plaids, once sported by oldsters and gangsters, started showing up on top models like Kate Moss and celebrities like Emma Watson (of the Harry Potter franchise. ) Sales rose 25% their first year and kept climbing and  50 new stores were built in 2010, some in China. The hardest part of the branding mission: adapting current styles while embracing history, according to a Business Insider post from 2011.

It might be time to do some analysis related to your brand. Are there gaps between who you’re reaching and who you hope to onboard? Are your messages perceived honestly?  Might a rebrand be in order? We at Brandemix are eager to help with both the analytics and creative work involved.