You’re watching TV and the voiceover stops you in your tracks. Its grit and resonant tone are so distinctive you know without seeing a face that it’s Christopher Walken touting the vehicle. Walken is an actor known for his unique roles; a man who is as far from cookie cutter as you can get (think: The Deer Hunter or Pulp Fiction.) So it’s no leap of faith that the Kia Optima is anything but basic, and will enable some fortunate driver to stand apart from the pack. 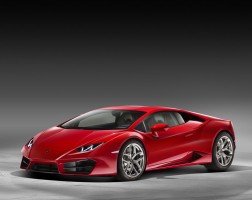 In 2014 it was another star who was Kia pitchman in a Super Bowl ad—Pierce Brosnan, who counts James Bond among his daring, fast-paced investigative roles. Bond is slick, sexy, always navigating a challenge and facing an open road; exactly why cars and stars are such a perfect marketing match.

According to a 2007 post in iMedia Connection “They are both selling the same dream: escapism. Part of the lure of buying a new car is that your vehicle will transport you from your hum-drum reality.”

Take for example the recent set of commercials featuring Matthew McConaughey. We watch him don his tux and slick his hair, checking his dimples in the mirror. He’s grooming for a date with the most significant person, could be his supermodel wife or the Queen of England. All we know for sure is what transports him there: his dark and sleek car. Like the actor, the Lincoln MK series is lean and elegant, with a distinctive grille.

And who can forget Ricardo Montalban? The Mexican-American actor passed away in 2009 but his sexy voice and the way he stroked the soft Corinthian leather of that Chrysler have eternal allure. Readers who weren’t around in 1979 can experience these commercials on YouTube.

When it comes to stars and cars certainly both exude sexuality, and both evoke speed and living dangerously. As branding experts, though, we know nothing is universal and much hinges on the particular brand of car. Some have maverick appeal while others are pure and family-focused ─ like the Subaru which has a golden retriever clan as their spokesmen. The demographic of the buyer is another consideration, and a good reason for using 45-60 year old legends to market luxury cars.

Take a moment to think about your business as if it were a car: what brand hallmarks would it have and who could best speak for them? We’d be happy to help you explore.