With the big Labor Day shopping weekend behind us and retailers already planning for the holiday season, I thought I’d spend this week’s blog looking at the recent developments in social media for retail.
Not Such A Great Deal?
The biggest news came from Facebook, which eliminated its Deals feature after only four months. Just a few days later, Yelp announced that it was scaling back its Daily Deals service, cutting that department’s sales force in half. These unexpected moves signaled that the trend of retailers using daily deals and online coupons may have peaked, probably due to market saturation. MSNBC’s Technolog says consumers are suffering from “daily deals fatigue,” citing a 7% decline in industry revenue between June and July. Social Media Isn’t Going Anywhere
But retailers aren’t giving up on social media. A recent survey conducted by audience research company Bizo revealed that 65% of retail marketing executives think social media is “most important” for the upcoming shopping seasons. And 96% thought that social media marketing is more important, or as important, to their marketing in 2011 versus 2010.
Does that mean social media marketing leads to sales? In the Bizo survey, 41% of respondents said the most important aspect of social media was simply “creating general awareness.” In fact, only 14% had actually tracked the business results of their social media efforts. So many companies are finding it either difficult (likely) or undesirable (unlikely) to measure social marketing’s effect on their sales.
QR is OK
Meanwhile, mobile marketing is growing. ComScore, a digital analytics company, just released the results of a study on mobile QR code scanning. Almost 40% of the 14 million Americans who scanned codes on their phones in June did so from a retail store. 25% scanned a code from a grocery store and 8% scanned from a restaurant. That’s more than ten million people using mobile technology to enhance their shopping experience in just 30 days. 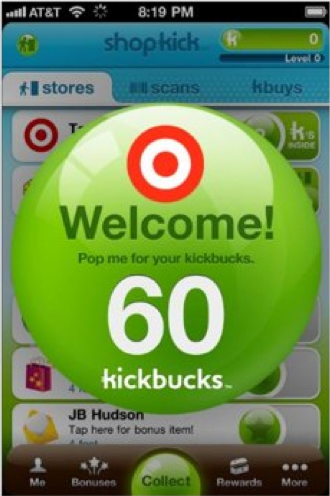 When Customers Play, Retailers Win
Retailers are also using mobile games to drive sales. The iMedia Connection blog recently listed 15 ways brands are using gamification, such as points and rewards, to increase business. Several retailers made the list, including Target, which uses the ShopKick mobile app to incentivize shopping. Customers receive points when they enter a participating store and when they scan select product barcodes. Customers can then redeem the points for Target gift cards. A number of other retailers, including Home Depot and Sephora, are using a similar app calledCheckPoints.
So deal-of-the-day websites are declining while QR codes and mobile discount games are on the rise. Looking ahead, retailers should beware “daily deals fatigue” and concentrate on loyalty programs, scannable in-store codes, and ways to “gamify” their shopping experiences. The next step in this mobile retail evolution is the exciting world of augmented reality – but that’s a topic for another day.